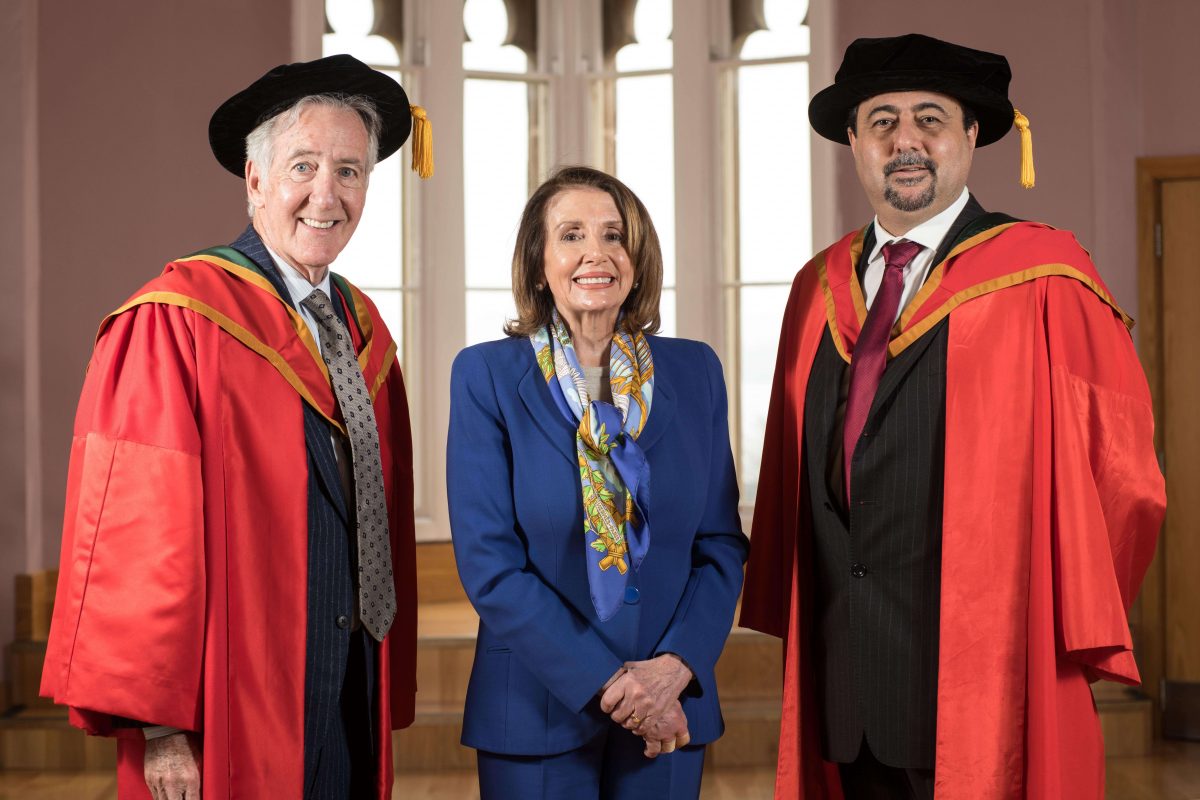 On 18 April 2019 Ulster University gave an Honorary Degree to Congressman Dr Richard Neal for his services to contribution and promotion of peace in Northern Ireland. The Chair delivered the encomium for Congressman Neal at the event. The degree was conferred upon him by Vice-Chancellor and President of Ulster University, Professor Paddy Nixon at a ceremony attended by Speaker of the United States House of Representatives, Nancy Pelosi. As a supporter of the University’s John Hume and Thomas P O’Neill Chair in Peace at the Magee campus and its work since 2015, Congressman Neal addressed students and staff.

The event took part as part of a larger Congressional delegation visiting the border and seeking to gain greater insight into the state of the peace process and Brexit in particular.