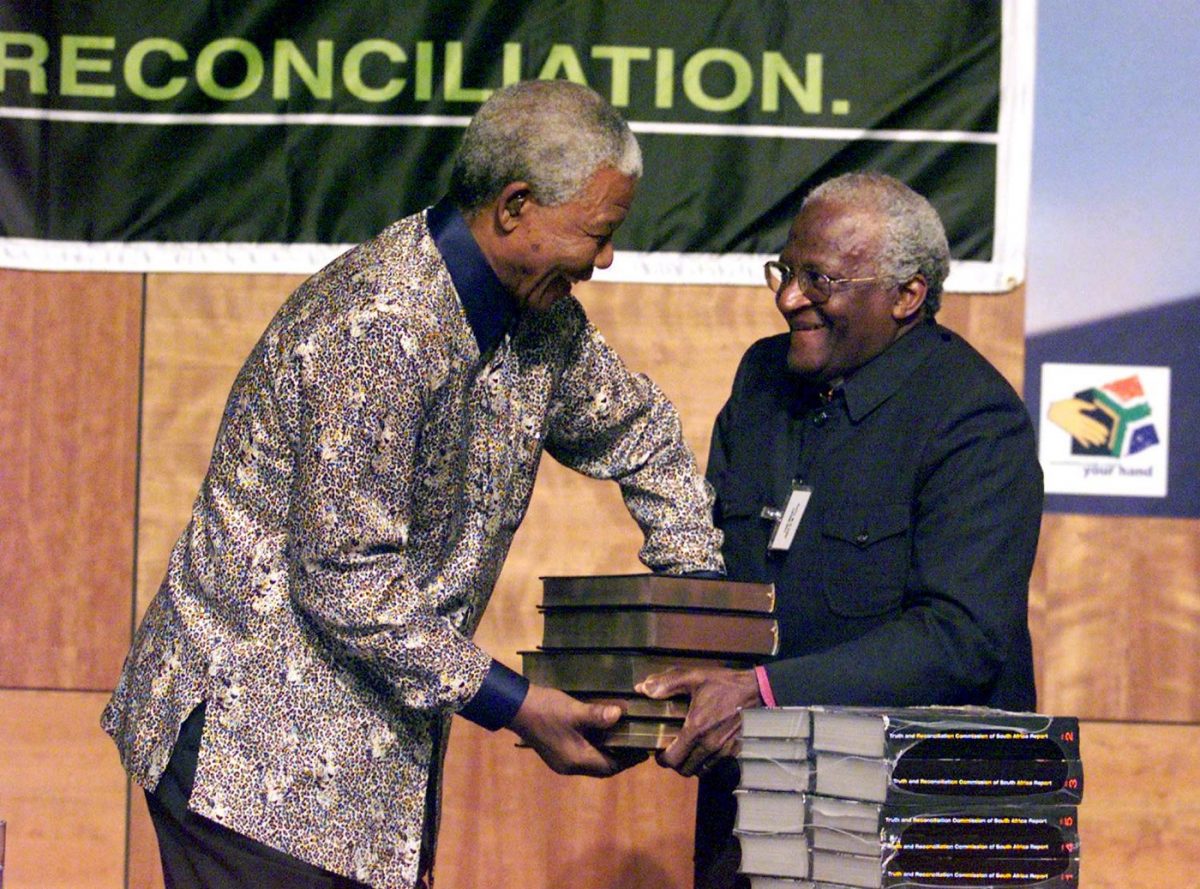 On 12 December 2020, Professor Hamber published a long article in the Belfast Telegraph focusing on the issue of dealing with the past in Northern Ireland, reproduced below.

I started working in Northern Ireland in 1996, the first question I was always asked was: “Did Northern Ireland need a South African Truth and
Reconciliation Commission (TRC)?” This was understandable, as I was at the time working in South Africa with victims testifying before the TRC that ran from 1995 until 2003. The troubling thing, however, is that I am still regularly asked that same question nearly 25 years later. During this time, how many victims have died without knowing the truth, or obtaining justice for atrocities?

The failure to deal effectively with the past remains a stain on the copybook of the Northern Ireland peace process. A potted history of the saga highlights how punishingly slow it has been.

The most significant Government-backed process was the Consultative Group of the Past that delivered its report in January 2009. But it ended up shelved, mainly due to its controversial recommendation around compensation for all those who lost relatives in the conflict.

Creeping headway was made over the following years, building upon the report in the failed Haass O’Sullivan talks in 2013 and subsequently.
In December 2014, the political parties devised the Stormont House Agreement (SHA). It made a comprehensive set of proposals. The recommendations included setting up structures to collect the stories of the conflict in and about Northern Ireland, investigating unresolved cases, seeking information for victims from responsible groups, ensuring statements of acknowledgment for past hurts and identifying steps to build reconciliation. The SHA was put in a draft Bill in 2016. A public consultation started some two years later in May 2018. Over 17,000 written responses were received in the 21-week consultation. In between, the UN Special Rapporteur responsible for transitional justice significantly made two visits to Northern Ireland, tabling recommendations in November 2016. The British Government responded, “the recommendations can be best achieved through the full implementation of the SHA”.

In July 2019, a detailed summary of the consultation on the SHA was published. The British Government noted there was “an obligation to seek to address the legacy of the past” and it remained fully committed to the SHA.

But in March 2020, apparently motivated by political pressures from British Army veterans, the Government rowed back. The Secretary of State essentially proposed to pull the SHA apart, largely removing a focus of justice and investigation, favouring information recovery and storytelling under a broad, and undefined, banner of reconciliation. The Northern Ireland Affairs Committee rightly took issue with the approach, but then they argued for yet another consultation. Reading this abridged history, it is hard not to conclude that the dealing with the past process is nothing more than a protracted and shameful tale of delay and avoidance. How painfully frustrating must this be for victims and survivors.

This does not mean that a South African-style truth commission is the right answer. The exact structure of the South African commission, including its ability to grant amnesty to perpetrators who confessed to gross violations of human rights, is unlikely to work in Northern Ireland. Amnesty meant that some victims had to forgo retributive justice for truth in the name of the wider peace process. Closing down the potential for victims to get their cases to court, or preventing public inquiries, in exchange for a truth-recovery process is an unlikely (and arguably unnecessary) option in Northern Ireland. The public nature of parts of the South African process, with perpetrators and victims testifying openly, might also be a tall order for the more closed culture in Northern Ireland.

The South African process had other failings. The administrative treatment of victims and the lack of follow-up was a problem. Sometimes a simplistic language of reconciliation and healing was used that implied that truth and testimony alone could mend a deeply divided society, rather than coupling this with a long-term political process and socio-economic transformation, ensuring equality between black and white South Africans.

On the positive side, South Africans were confronted on television and radio directly with the past and could not ignore it. We had to face the harm we did to one another and listen to the stories of survivors. The five volumes of the South African TRC report, built on the testimony of approximately 22,000 victims (not just the 1,800 who testified publicly), tells a detailed and thematic story of human rights violations. The report and the extensive archive provide a historically authoritative record that cannot be erased.

One of the biggest successes of the process, however, was when the TRC challenged narrow assumptions about the past. I recall a survivor whom we worked with over many years. She believed, as did most of us who knew her, that the police were responsible for her 18-year-old son’s assassination as they had routinely threatened him. Through the TRC it transpired, however, that her son, an underground ANC operative, was shot dead by his own Umkhonto we Sizwe (MK) unit, the then military wing of the ANC. His killers, who the family knew well, accused him of being a spy. Whether these allegations were correct or not, as they have never been proved, the news was shattering for the family. The personal price of truth was enormous. However, as much as it pains me to write this, the TRC did its job in this case.

There were many cases of this kind that challenged dominant narratives. For example, during apartheid it was common to hear about MK activists who had killed themselves in operations. It turned out through the TRC that some of these deaths were the result of state entrapment. The state also carried out what were called “false flag operations”. Sections of the security police undertook illegal acts, such as sabotage and arson, to give credibility to their agents; they also blamed MK activists for bomb blasts they had planted. It was these types of cases that brought home how “dirty” the war was in South Africa. But they also helped to create a “grey” picture of the past, challenging the blinkered view some had of the state and political groups they supported. Arguably, this loosened the narratives of the past, opening the door for new understandings.

Confronting the truth in this way is risky and unsettling. But is foot-dragging risk-free? In Northern Ireland, the past continues to dominate the present. Every day, we hear stories of tensions concerning unresolved cases, memorials and commemorations. Politicians and the public are in continuous narrative battles about who was the most responsible for the hurts of the past and why. Victims also cannot be asked to forget. A significant amount of work has been done by the community sector to fill the gap created by political indecisiveness. But still the unresolved past remains a threat to a stable future, particularly as new challenges, such as Brexit or border polls, loom.

International lessons unequivocally suggest the past will not go away over time. Many countries, where little has been done politically to address the past, such as those in the Balkans, remain polarised. Unresolved cases, as we have seen in Chile and Argentina, are also transferred generationally with new family members continuing the struggle for truth and justice. By any international standards, the undeniable pattern of evasion and political obfuscation of truth is fundamentally unjust to all victims seeking answers.
Inaction on the past is not a neutral act, it is an active denial of rights to victims. It is also creating ongoing political tensions in itself. Something must be done.

The South African process is not a blueprint and had its problems, but South Africans developed it to meet their specific set of needs at a critical historical moment. South African politicians showed leadership and courage to undertake a concerted and holistic attempt to deal with the past.
In Northern Ireland, a set of workable, locally developed and previously politically agreed proposals have been made in the Stormont House Agreement. These proposals are not perfect, but surely it is time for the governments and political parties to show some backbone and act in unison finally, supporting a way forward on dealing with the past? At the very least, no one can accuse them of rushing into anything.

Published by Brandon Hamber in the Belfast Telegraph, 12 December 2020.